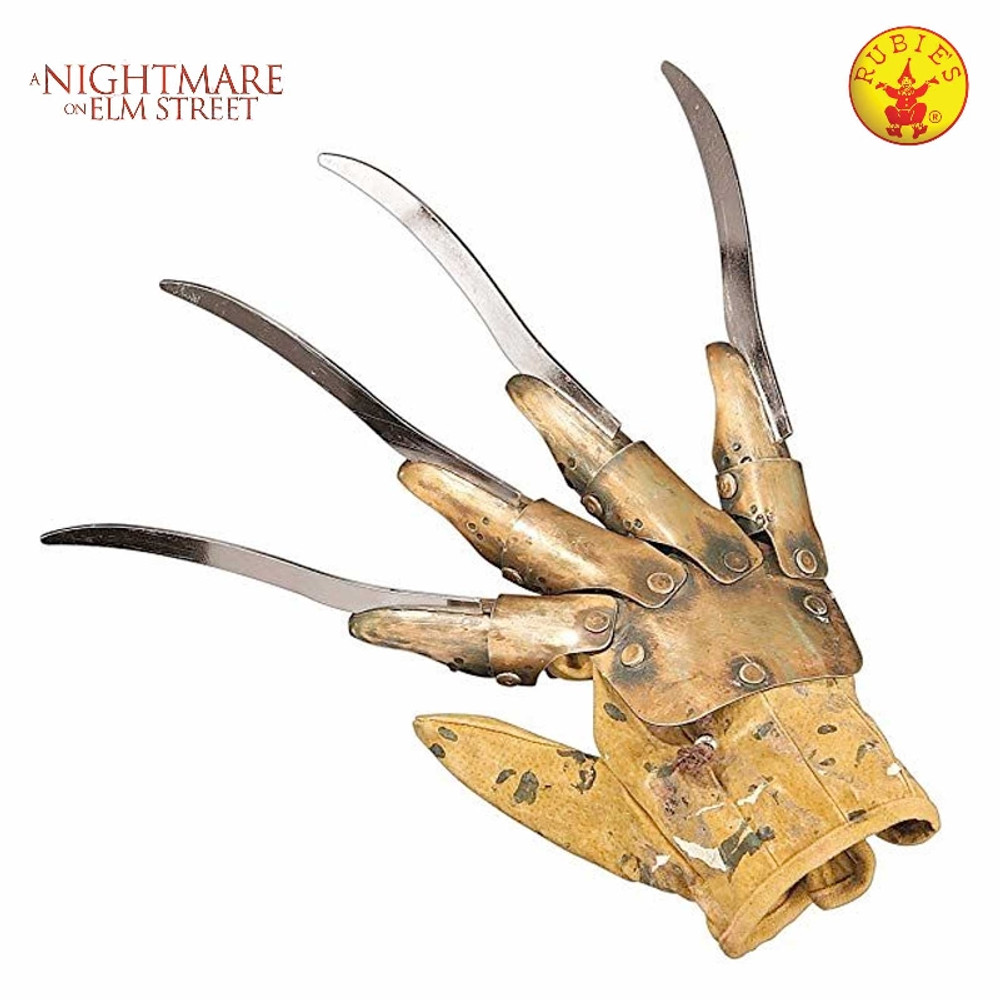 or make 4 interest-free payments of $28.25 AUD fortnightly with

FREDDY KRUEGER SUPREME EDITION REPLICA METAL GLOVE
"Don't Go to Sleep!" Defy sleep or risk a visit from Freddy Kreuger himself, protagonist of the 1984 horror movie "A Nightmare on Elm Street". A severely burnt serial killer, Freddy uses a gloved arm with razors to kill his victims in their dreams, causing their deaths in the real world as well. Appearing in movies, TV series like "Freddy's Nightmares", video games and comics, Freddy is known for his disfigured face, red-and-green striped sweater, brown fedora, and that metal-clawed brown leather glove, made for murder. He is a pop culture icon who depicts true Horror. On Halloween, why not try this glove on for size?.