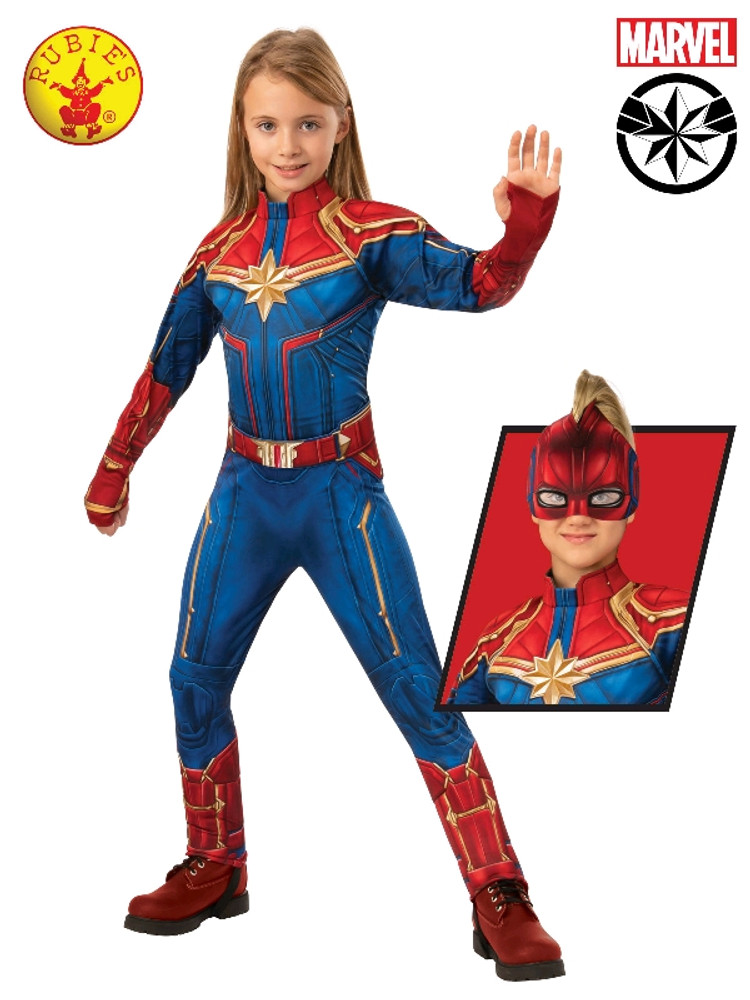 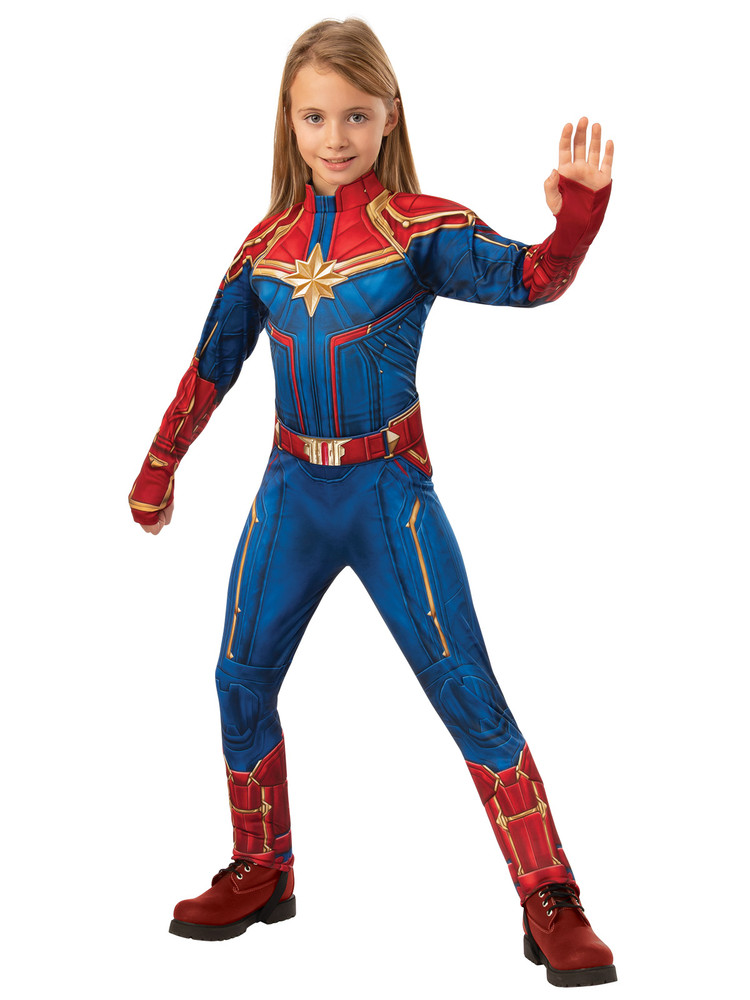 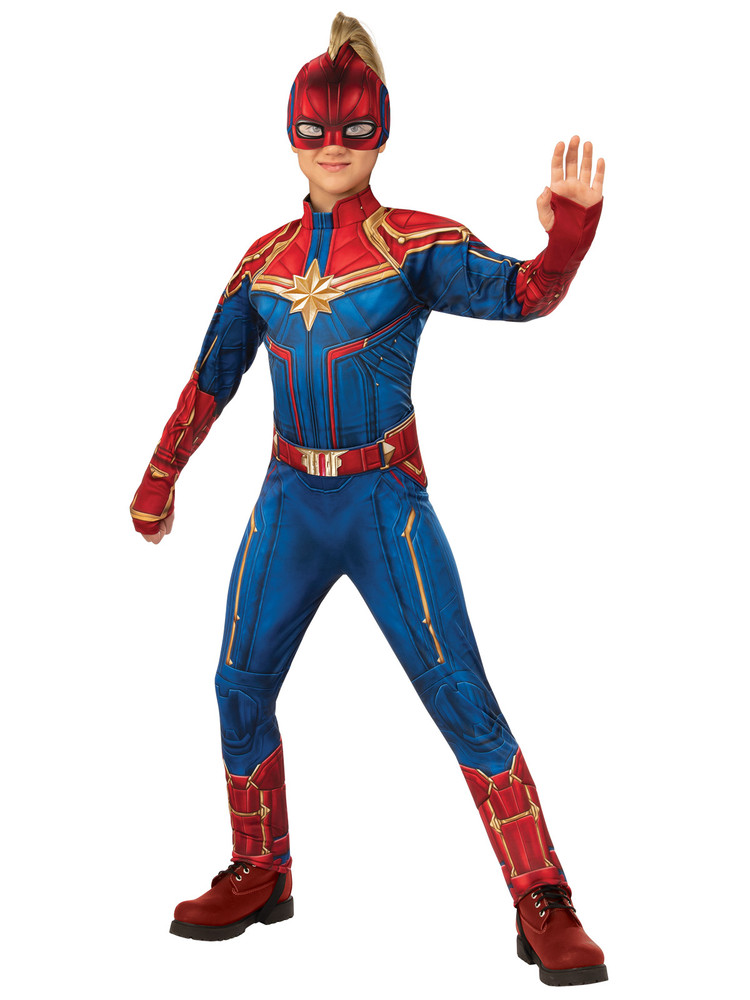 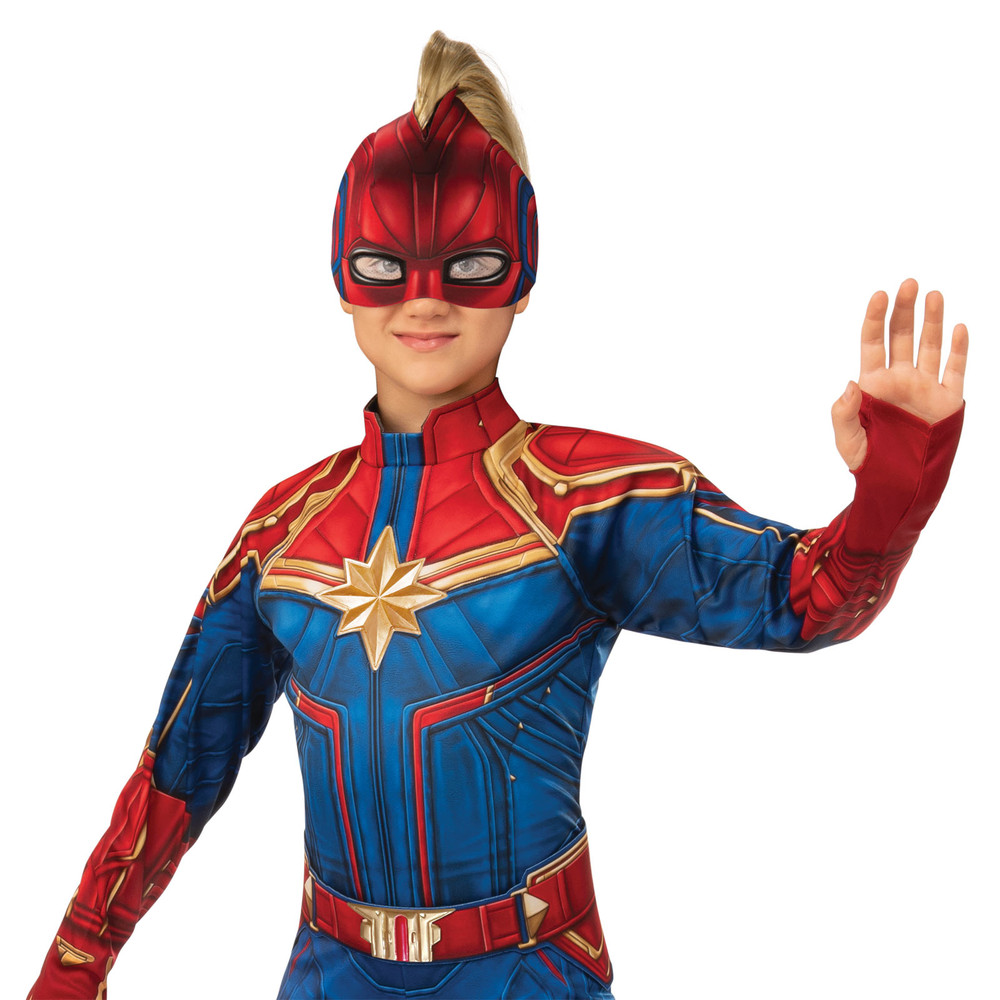 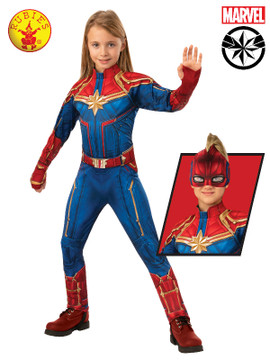 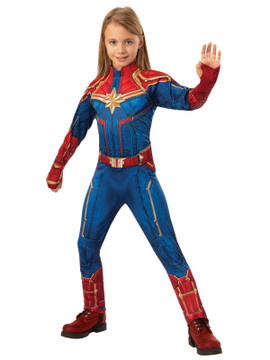 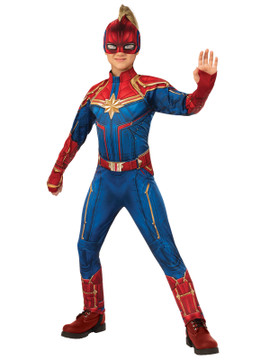 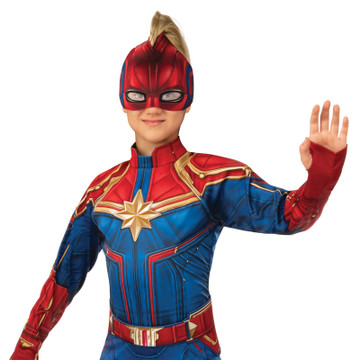 or make 4 interest-free payments of $19.25 AUD fortnightly with

CAPTAIN MARVEL DELUXE HERO SUIT, CHILD
The new Queen of the Marvel Cinematic Universe, Ms Captain Marvel is here. Carol Danvers by day, she becomes Heroine Captain Marvel after the Earth is caught in the centre of a galactic conflict between two alien worlds. Played by Brie Larson in the 2019 Disney Blockbuster, her DNA was fused with that of a Kree Alien during an accident, resulting in her receiving superhuman strength, energy projection and flight. Her arch enemy is Yon Rogg - who will win in the combat of these two Aliens? 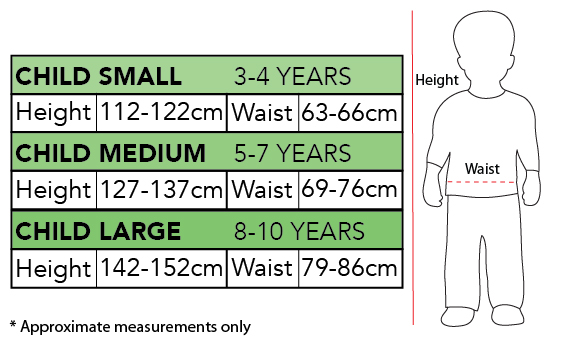