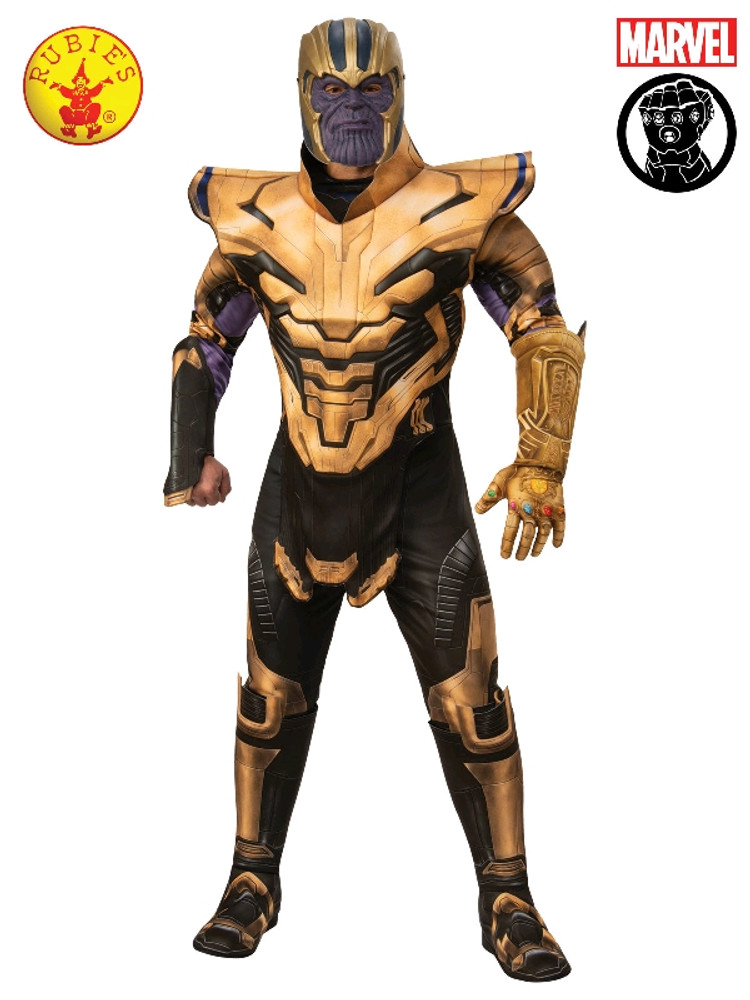 or make 4 interest-free payments of $32.50 AUD fortnightly with

THANOS DELUXE COSTUME, ADULT
The Conqueror! A Jim Starlin creation, the mighty Thanos is a villainous Marvel character from the Comic books and a star character of the Marvel Cinematic Universe. Featuring super-human strength, speed and agility, in the Marvel Movie, Avengers: Infinity War (2018) and the latest movie Avengers: Endgame (2019) he is the purple machine with all the power of his Infinity Gauntlet. The fight is on for the world-destroying Infinity Stones. Thanos has been a force to contend with in films like Guardians of the Galaxy (2014), Age of Ultron (2015) and the Avengers (2012). Father of Gamora and played by actor Josh Brolin, Thanos IS the Conqueror.