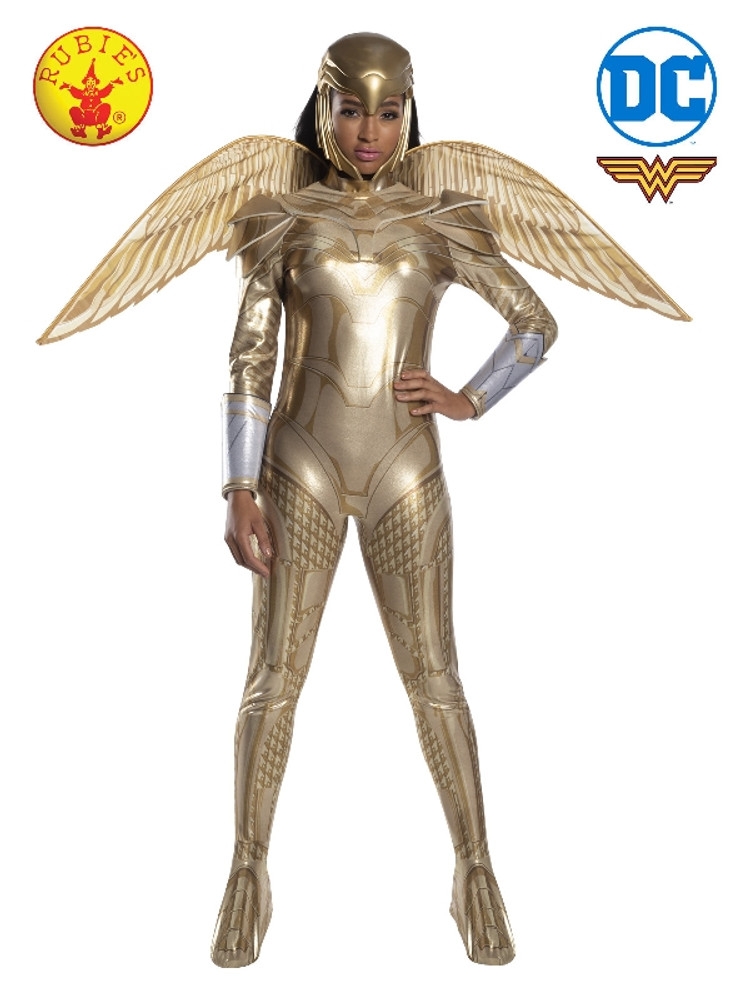 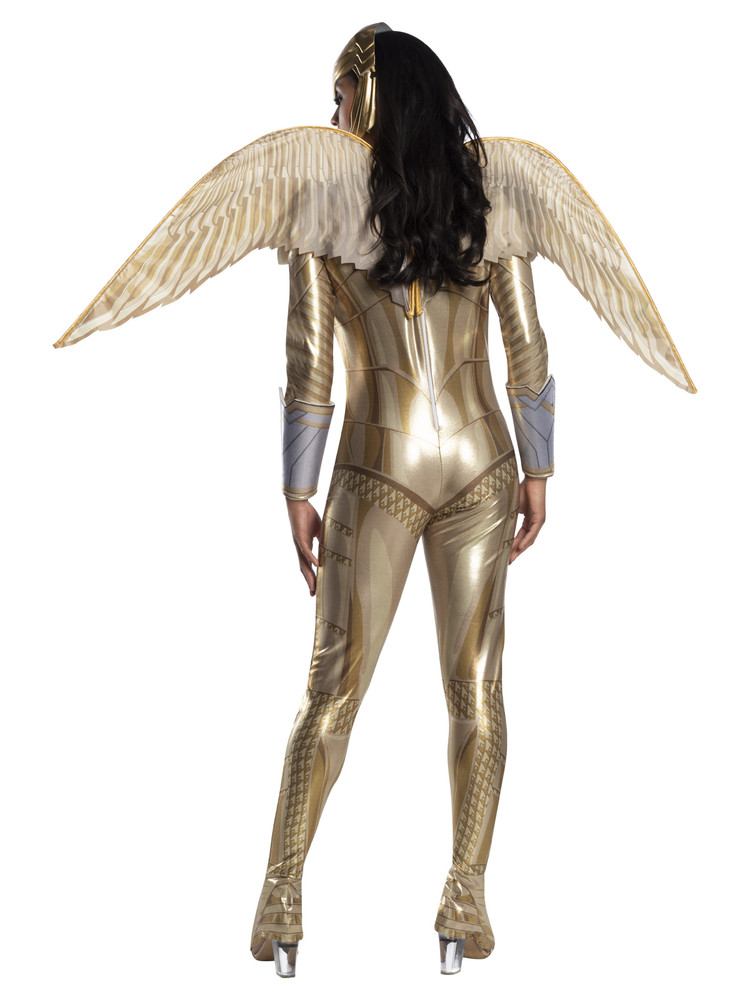 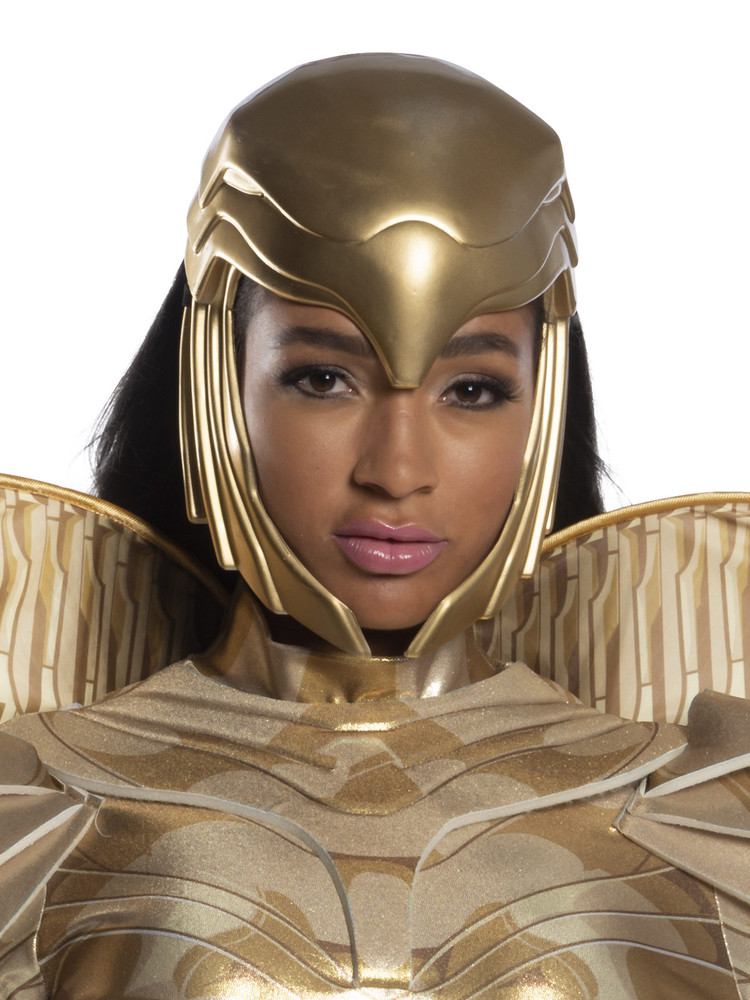 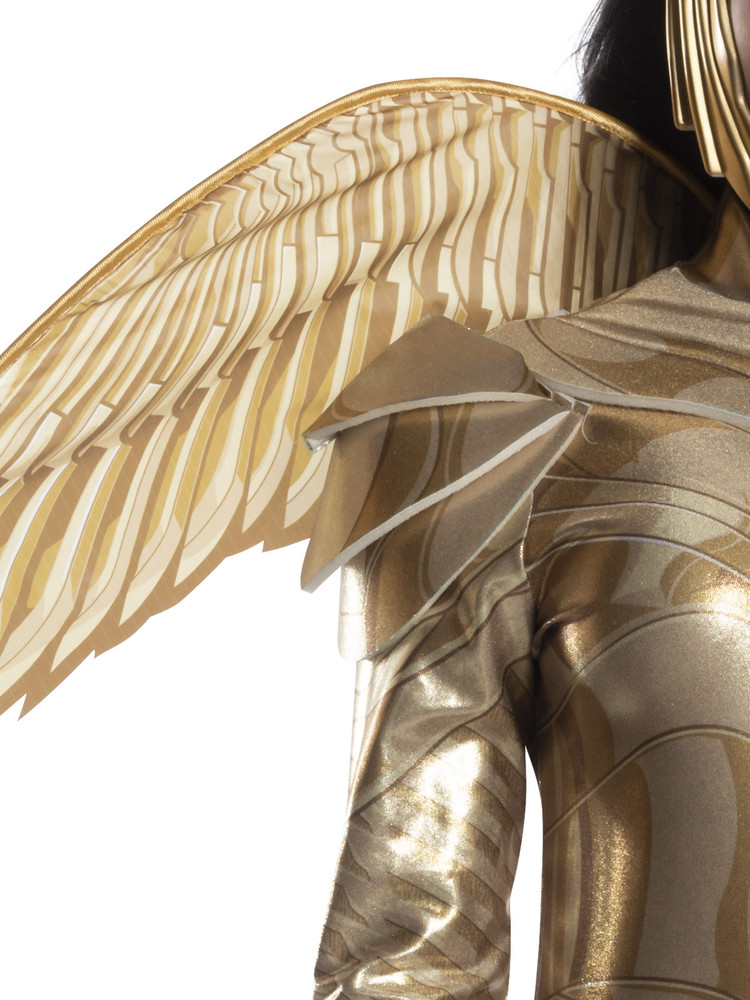 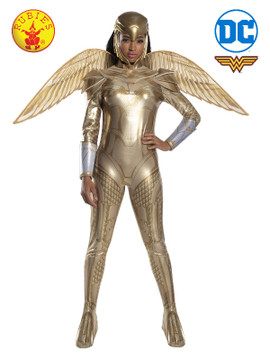 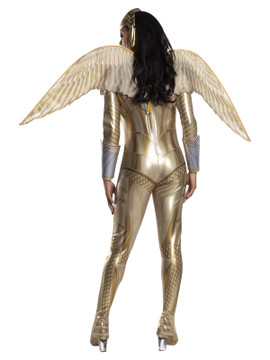 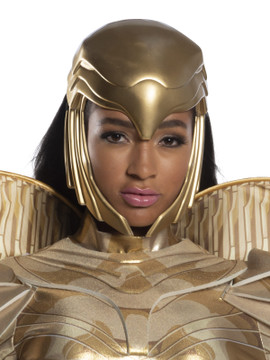 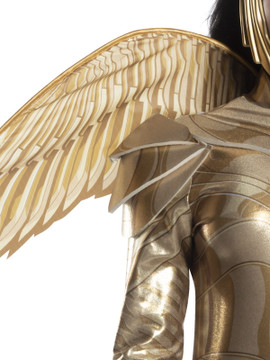 WONDER WOMAN 1984 GOLDEN ARMOUR COSTUME, ADULT
Wonder Woman is Princess Diana of Themyscira, but she adopts the civilian identity of Diana Prince in daily life. The DC Super-heroine from the Amazonian Jungle, she has super-human strength and speed, and uses trusty weapons like her lasso of truth, her tiara and bullet-proof bracelets. She teams up with fellow heroes like Batman and Superman as part of the Justice League and takes on crime wherever it lurks. Portrayed as strong, sexy and smart, Wonder Woman has appeared in many Warner Bros movies as well as cartoons, TV series and video games. She is also a team member of the DC Superhero Girls along-side Batgirl, Supergirl and Harley Quinn. From the days of Lynda Carter on the small screen to Gal Gadot on the big screen in Batman Vs Superman: Dawn of Justice (2016), Wonder Woman (2017), Justice League (2017) and now the latest Blockbuster movie in 2020, Wonder Woman 1984. Get your powers on! 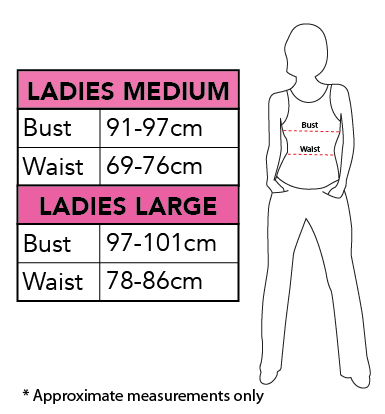