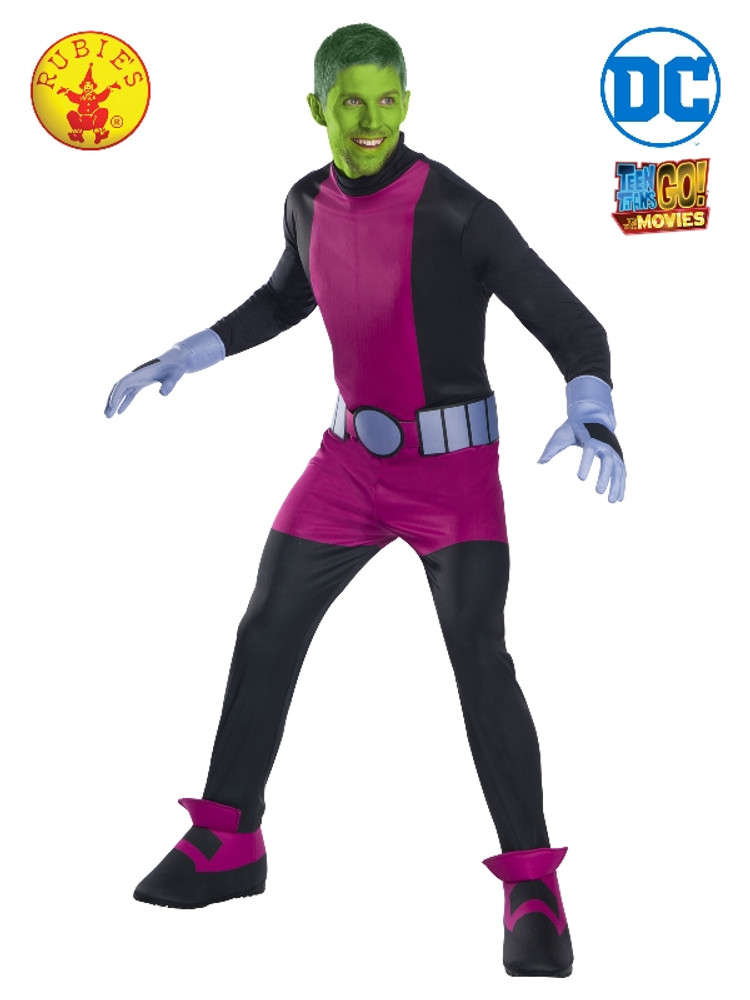 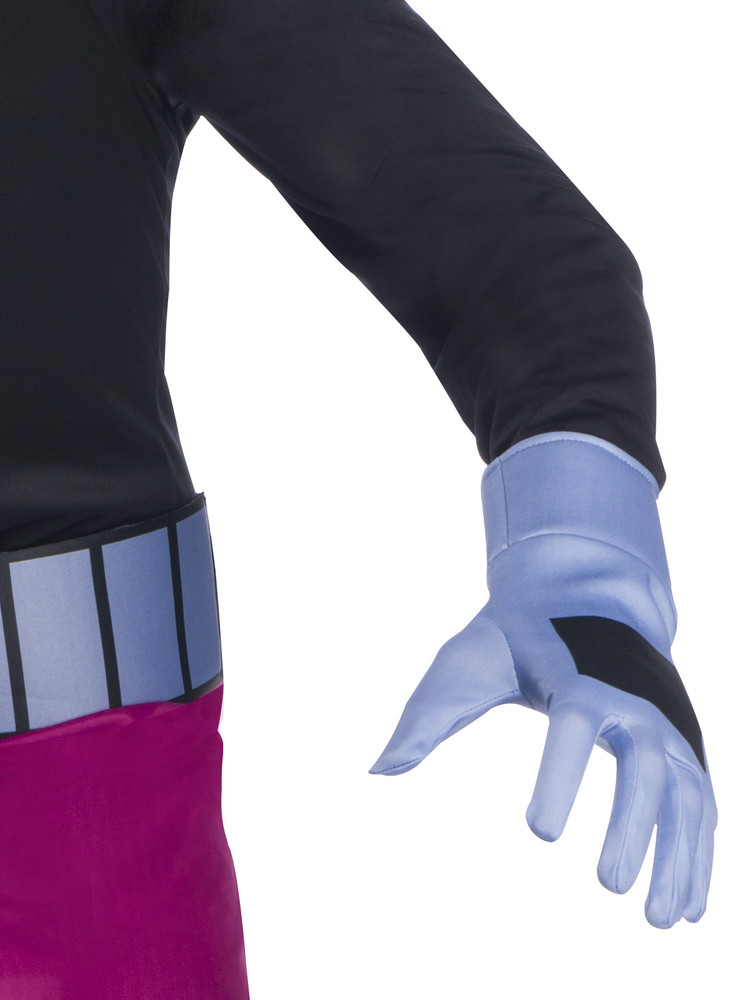 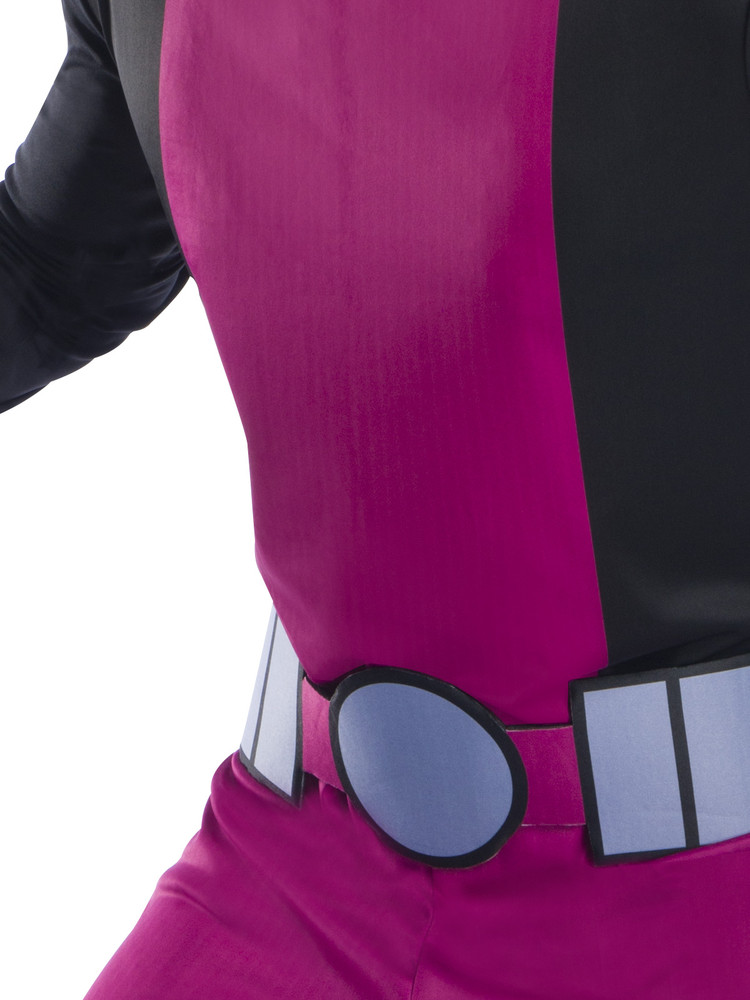 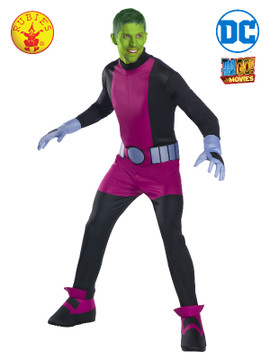 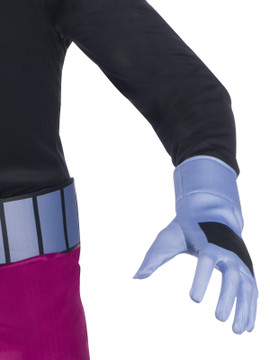 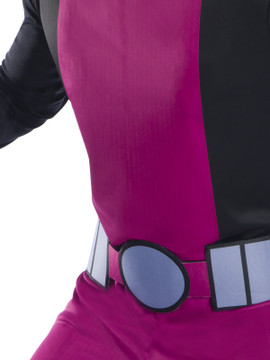 BEAST BOY COSTUME, ADULT
A member of the Teen Titans team and Doom Patrol, the green-skinned Beast Boy is a DC comics favourite superhero. When he was growing up in the jungles of Brazil, Africa and India, Garfield Logan was bitten by monkey and contracted a rare disease. On receiving a serum to save his life, Garfield, also known as Beast boy inherited shape-changing abilities, enabling him to take on the shape of animals. A side effect was his skin, hair and eyes turned green. Join him and his force and become the green machine today, as seen in the animated TV series and Warner Bros movies including "Teen Titans" and "Teen Titans: Go To The Movies" (2018) 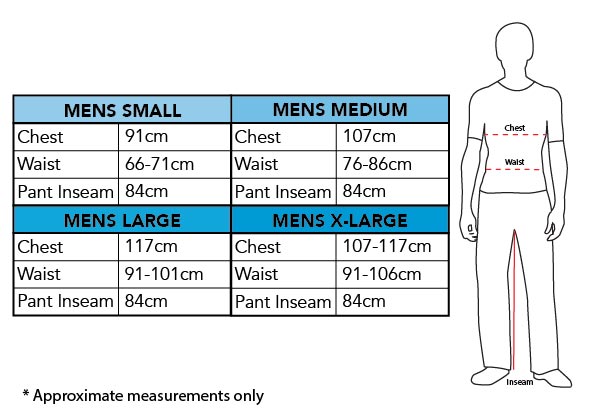