The 1960's were all about the hippies costumes and accessories! Think psychedelic prints, colourful, flower prints, fringe and peace signs when it comes to the era of the 1960's. Era parties are some of our favourite parties to throw! They give people a rough guide on how to dress and people can go as dressed up as they would like to. And then of course you can decorate the room to match, as well as playing the best hits of that era. 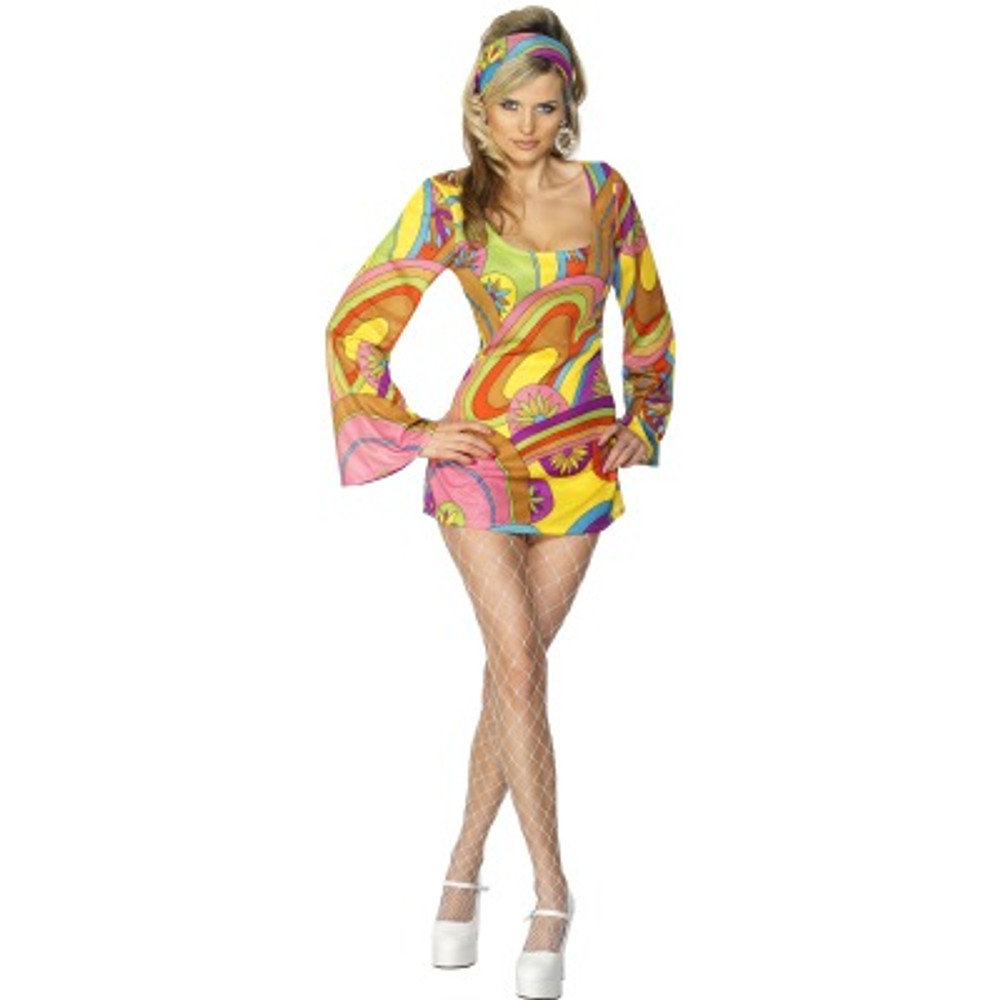 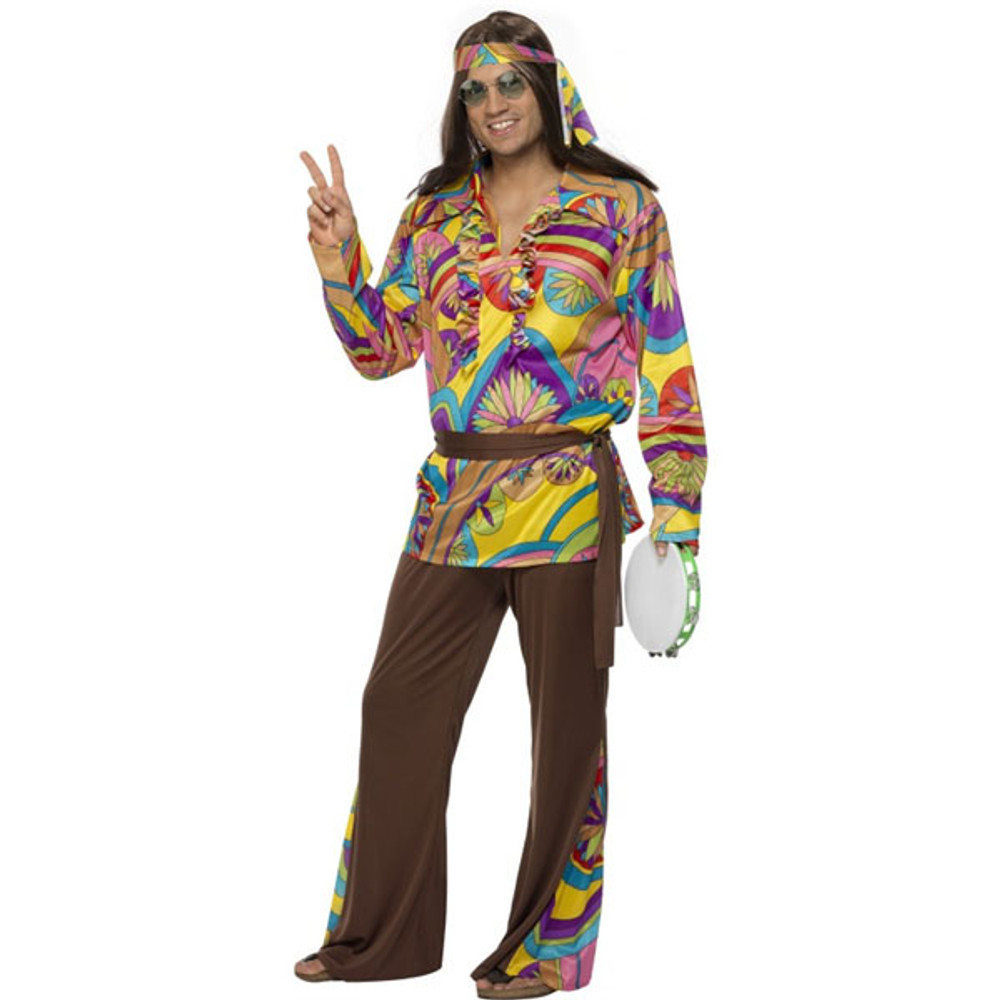 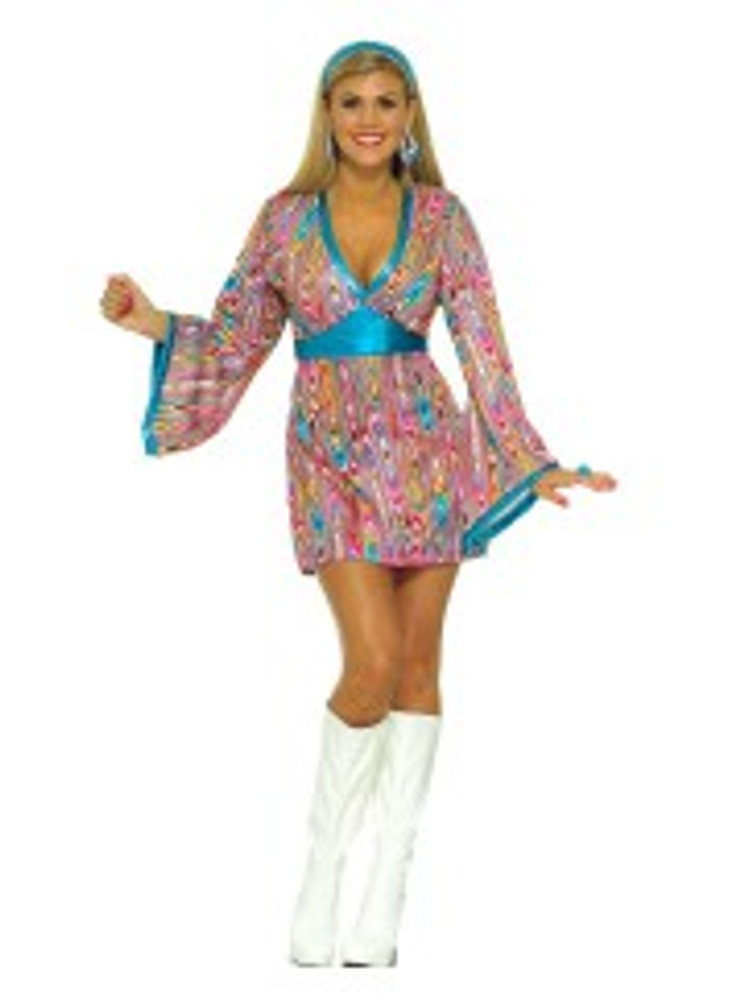 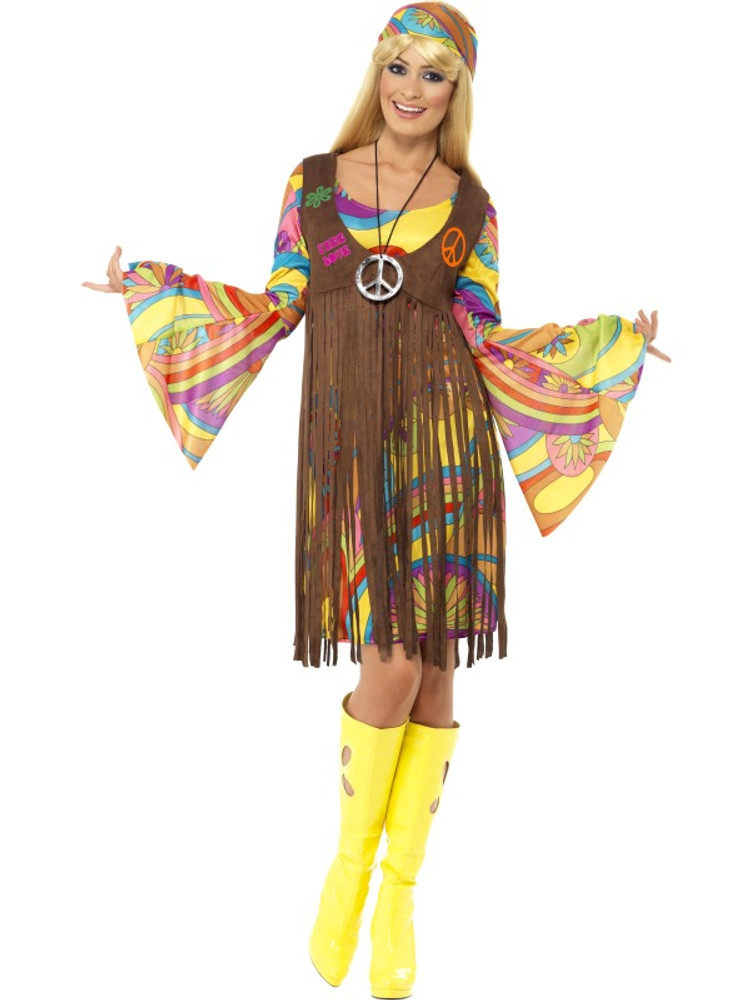 This fringe dress is the perfect 1960's dress with the colourful colours and the brown suede fringe overcoat. The mens costume embraces the bell bottom trousers and the tie dye print is perfect for the 60's theme.