Celebrate this Book Week with Roald Daul's delightful tales! Time whiz with Willy Wonka as he reopens the gates to the Chocolate Factory or with Matilda, as she discovers the delights of reading and the horrors of Miss Trunchbull's Crunchem Hall Primary School.

Bring home closer to Book Week with our childhood favourites! Make your Roald Daul debut this Book Week, Halloween, costume party or sports carnival; whichever your event, get ready to parade with the all-stars! Venture through the chapters of Roald Daul's classic 'Matilda', and what a better way to celebrate Book Week 2018 than with the readiest mind of all; Matilda. Composing of blue dress, a Newt and a book. Complete the costume with a red ribbon and you're all set with this kids book week costume. 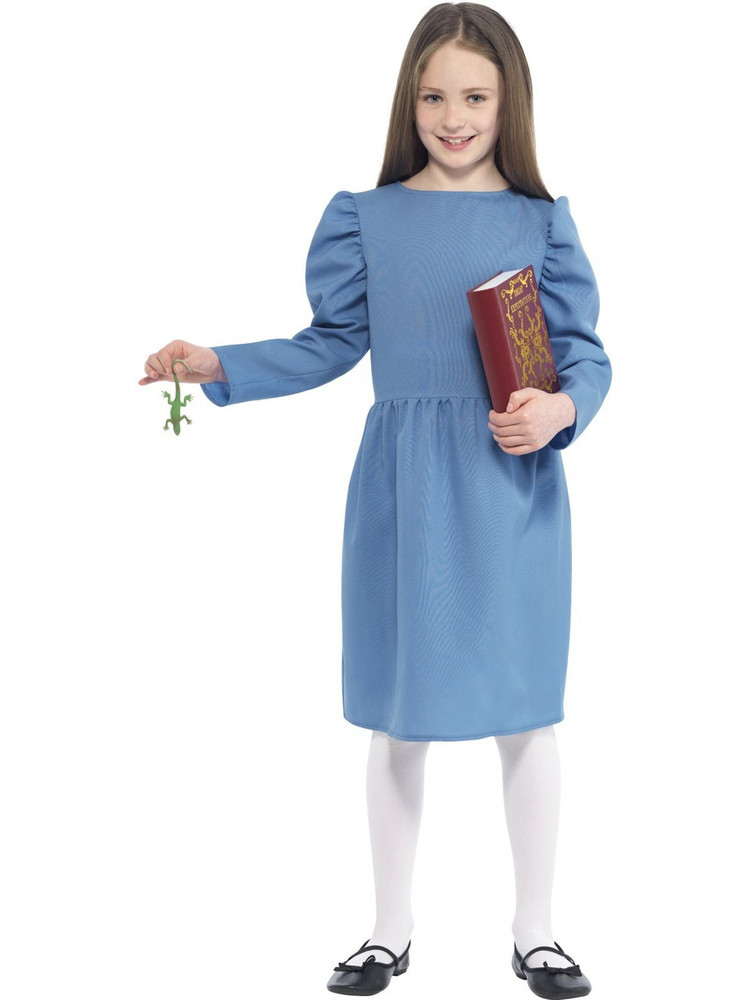 Or maybe you wish to overthrow your class teacher for Book Week Day in spirit of a Truncheon dictatorship, with a villain costume. This costume features a beige dress trenchcoat, stick-on eyebrows and legwarmers. And in what better fashion to embody Miss Trunchball, than with a recreation of Bruce Bogtrotter's chocolate cake! (click HERE for the most decadent choolate cake on the web) 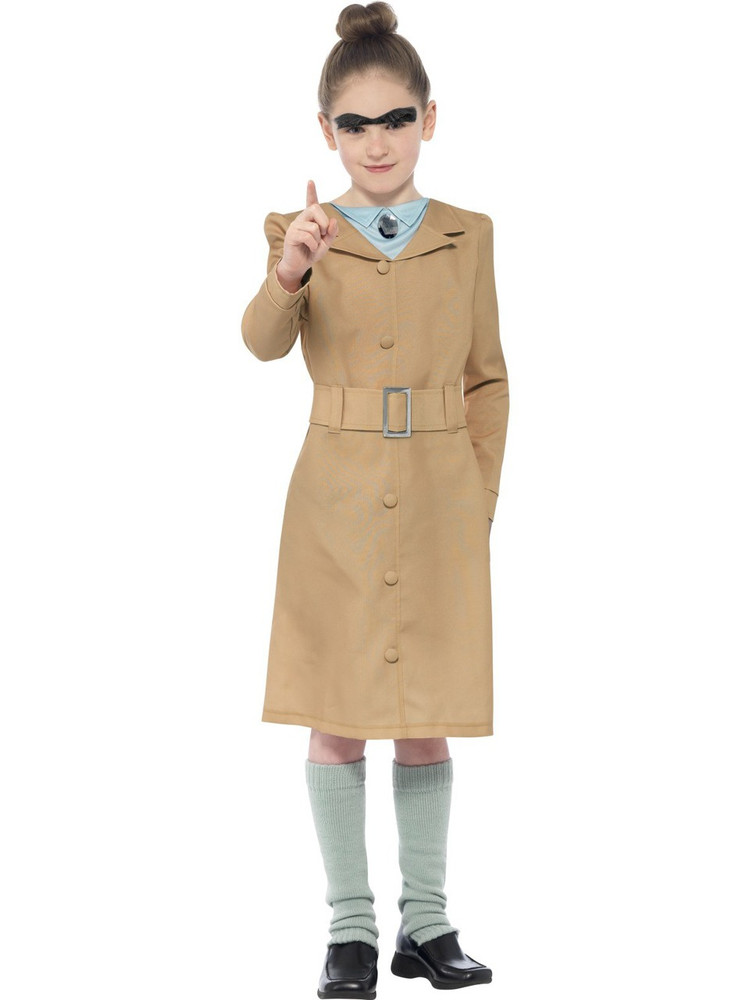 If it's chocolate you're craving, then these Charlie and The Chocolate kids and adult costumes will satisfy that craving! Be sure to either buy or dress up as a chocolate bar in the Roald Daul Willy Wonka Winning Wonka Bar Kids Book Week Costume HERE. This 3D tunic costume comes in a small, medium and large. 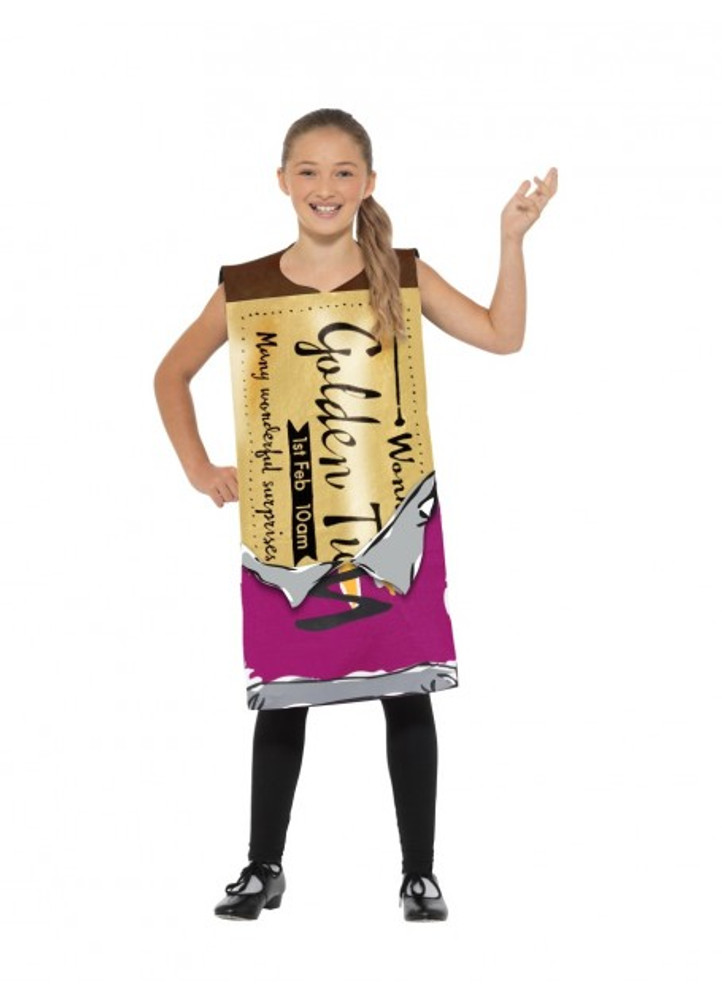 But what's a Willy Wonka Bar without the creator Willy Wonka himself?! Perfect for kids and adults, celebrate chocolate and its marvels this Book Week, Halloween or costume party in the Willy Wonka costume for boys, girls and adults. Including a top hat, trousers, bow tie, hat, multi coloured jacket, mock waistcoat and cane, these story book costumes are the real deal. 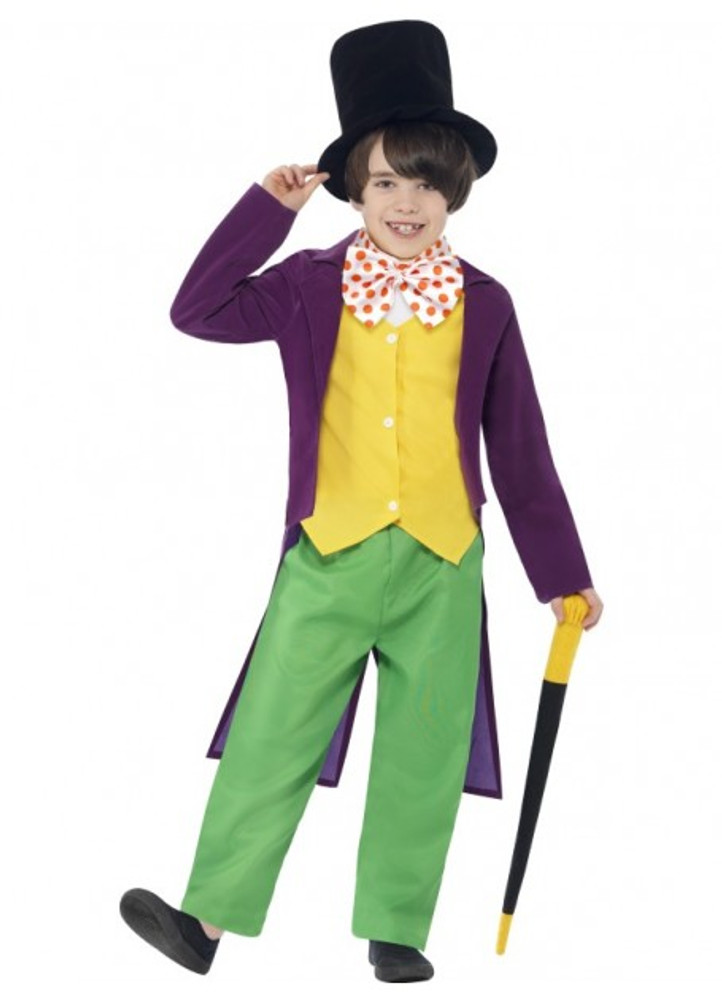 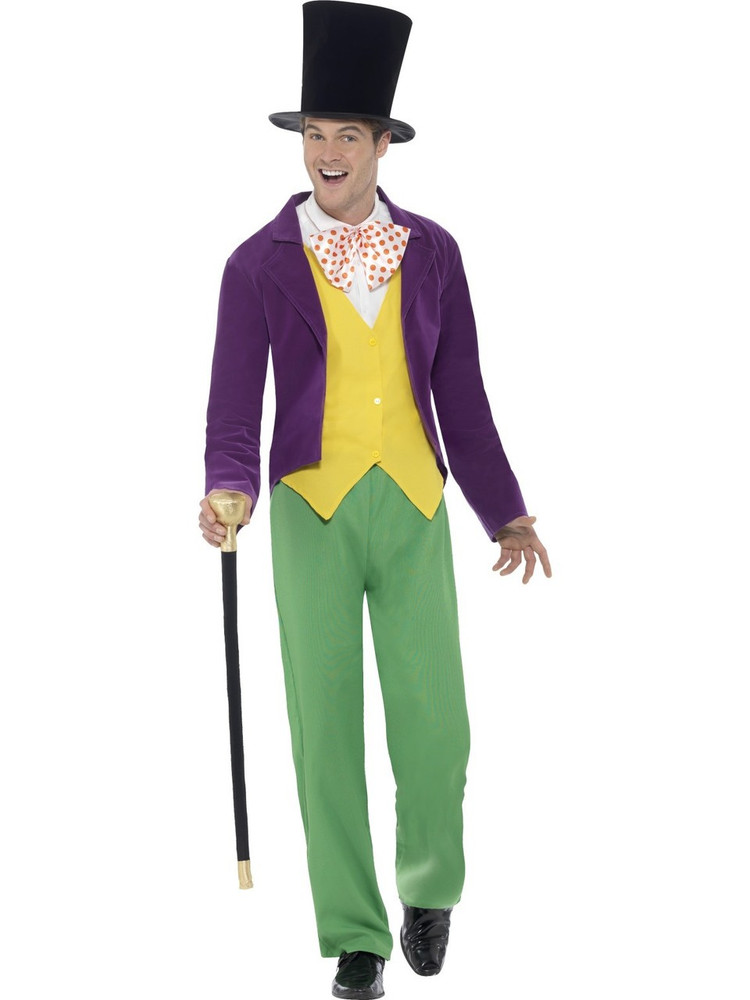 But let's not forget about our sweet little boy, Charlie! 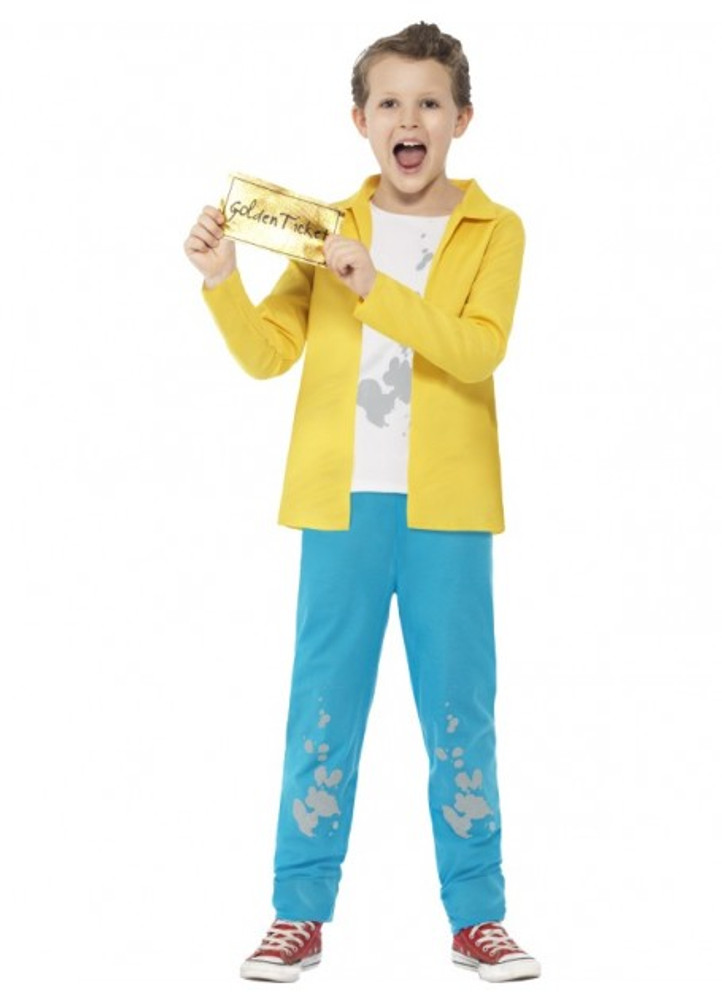 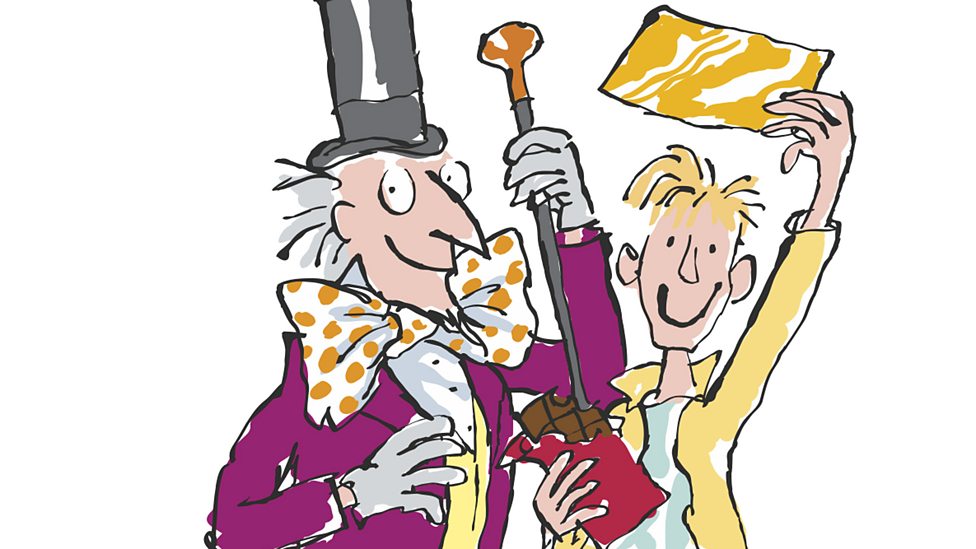