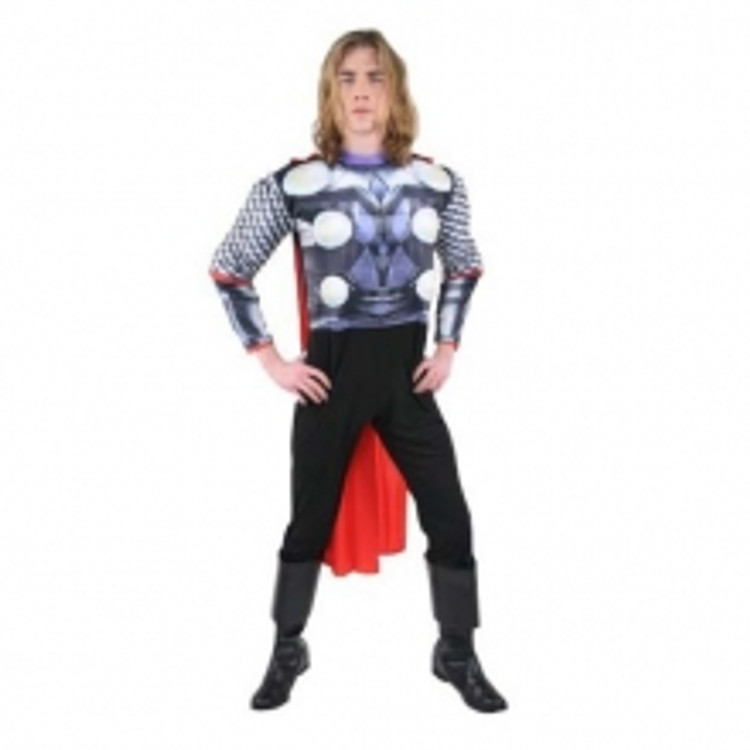 "What's the matter? Scared of a litttle lightning?" Transform from a mere mortal to the invincible god of thunder in one of Costume Direct's Thor costumes, for men, women and kids! Armed with his mighty hammer, Thor is unbeatable in battle, and courageous against enemies with The Avengers team! In two worlds, where there is only one hero, be that hero. Control the elements and ensure you are feared at your next superhero, comic or movie character themed party!